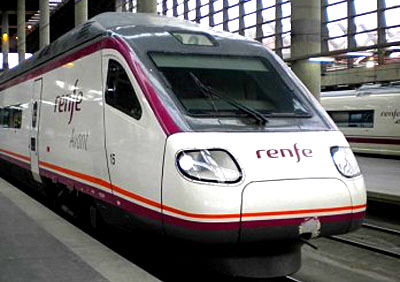 As far as elephants in the room go, it’s a pretty big one: the curious lack of any discernible type of rail travel servicing the length of the Costa del Sol.

Málaga’s existing suburban link to Fuengirola aside (which boasts an exceptionally good reputation for punctuality, service, cleanliness and modernity), the Costa del Sol’s rail blind spot has been quietly ignored for decades, with EU money instead ploughed into fancy toll roads, bridges and tunnels designed to keep motorists happy.

But all this could be set to change in the next few months as the Minister for Public Works, Ana Pastor, has confirmed that details of the Costa del Sol’s long-overdue rail extension are set to be unveiled in April…

The entire project is generating excitement and unanswered questions in equal measure. Ineco Consulting Group were employed by Andalucía’s Ministry for Public Works to assess how best to extend the rail network from Málaga to Marbella, and they are set to publish their findings in April. Until then, an educated-guessing game is likely to form the bulk of the debate.

A lot of money was spent on improving road connections along the coast.

One school of thought put forward by Susana Díaz, the President of the Junta de Andalucía, is for an entire new line to be built from Málaga all the way to Estepona, calling at Málaga airport, Marbella and San Pedro de Alcántara (among other places) along the way. Such an addition to Spain’s rail network would require huge investment, but Díaz is thought to be keen on applying for EU funding via the Juncker Plan – a European Commission-backed pot of money earmarked for infrastructure projects that will improve public services in Europe.

However, Ana Pastor is thought to prefer the cheaper option of extending the existing Málaga to Fuengirola line down to Marbella, and then on to Estepona. According to local newspaper Diario Sur, experts – ranging from civil engineers to railway executives – all agree that any successful rail plan would have to address three specific needs, which are as follows:

Improved journey times.
It currently takes around 55 minutes to reach Málaga from Marbella via car. A viable rail alternative would have to prove more efficient, and so travel times between the proposed Marbella station (earmarked for the La Ermita area of the town) and the centre of Málaga would have to be little more than half an hour, say leading experts in the matter.

To achieve this, town planner Ángel Asenjo believes that an entirely new line is the better option. “There is no sense in extending the line from Fuengirola unless it is widened,” he told Diario Sur. “Buildings would have to be compulsorily purchased and if there is no way of doing that then a new line is needed.”

The current Cercanías line between Málaga and Fuengirola is a single track line that cannot be easily widened in many places. If the line were to be extended to Marbella and Estepona, experts argue, it would have to become a double track line in order for it to be capable of handling AVE high-speed trains, thus connecting Marbella to the AVE network that runs to Madrid, Barcelona and into France. To not do so would be a wasted opportunity, critics say.

Convenient stations
Extending the high-speed rail network deep into Estepona would also require careful consideration of where to place the stations. Marbella’s La Ermita area is a good choice for a station, and San Pedro de Alcantara would also be an obvious choice, but beyond that, experts are unsure where best to locate certain stops in order to maximise the line’s potential.

A new line would have to service the coast’s most densely populated areas.
Asenjo believes that the line should follow roughly the path carved by the N340 coastal road, with the right number of convenient stations so as to not slow journey times too much. “The coastal train, in order to be efficient, profitable and viable, has to pass through all the urban districts,” he said. “There is no sense in a route through places that are not densely populated.”

Challenging topography and expensive land have thus far stymied previous attempts to create such a rail line, but the chorus of voices backing a reliable rail service is growing daily, so experts hope that April’s project details contain such proposals, regardless of cost.

Diario Sur consulted a range of rail executives on this issue, and the consensus seemed to be that the following stations (south of Fuengirola) would make the most sense: La Cala de Mijas, Calahonda, Costa del Sol Hospital, Marbella, San Pedro and Estepona.

Málaga airport as hub
Undoubtedly the most pressing matter for the Costa del Sol is to ensure that visitors and residents can get to and from Málaga airport with ease. Any new railway network would have to make the airport terminal its hub in order to justify the expense and upheaval associated with such a grand plan.

Málaga’s world-class airport needs a world-class rail connection, critics say. A connection to Málaga airport would not only whisk commuters to the resorts of the Costa del Sol in record times, but will also connect those resorts to Málaga city and, by extension, the rest of Spain’s high-speed railway network, meaning Marbella to Madrid in just a few hours becomes an air-conditioned reality.

“The coastal railway is vital for the Costa del Sol and it needs to be built as soon as possible,” said the President of the Business Confederation of Andalucía (CEA), Javier González de Lara. The costs associated with the project amount to an estimated €5 billion, but the need for a world-class railway service in the region is highly pressing, claims José Carlos Escribano, President of the AEHCOS hotel association.

“At the moment, we are competitive in terms of highways, the airport and the AVE, but not in terms of normal rail travel,” he said. For a town of 100,000 people and world-renown, Marbella holds the rather embarrassing title of Spain’s largest town without a railway station. That will be rectified soon, but the question as to just how the rail line will be delivered remains up in the air… until April at least.